Fabio Inverni was born in Florence on March 19, 1968. He lives and works in Poggio a Caiano (near Florence). He’s the son of Francesco Inverni, painter and teacher at the Florence Art High School, where he worked until 1991. Thanks to his father , Fabio Inverni develops a deep passion for painting. As a child, he often visited galleries, hung out at art clubs, and also visited various important exhibitions with his father (including the 1978 Venice Biennale). Even though he sensed art in an “intimate and familiar” way, he didn’t feel a particular interest in painting until later. He attends the “T. Buzzi” Polytechnic School in Prato (Florence) where he graduates in 1988. In 1989 he moves to Rome to work as a texture designer for the “Faro Disegni” firm. He works there until 1991, the most crucial year of his life: his father dies prematurely. This tragic event triggered Inverni to start painting.  As an influence from his father’s works, his first paintings result from his personal interpretation of the “genre scenes”, which are in this case located in a dreamlike and unfinished reality.  In 1992 he starts to hang out at the historic “Saletta Ambra” artistic club in Poggio a Caiano, where he sets up his first exhibition in the same year, under the supervision of Stefania Laurenti. His still lives and landscapes look like emerging from the canvas, made of the matter by which they’re built, the twilight in the paintings is translucent, everything is gloomy and the edges of the objects are crumbling like a memory. The whole first period of Inverni’s works focuses around the themes of melancholy and memory. 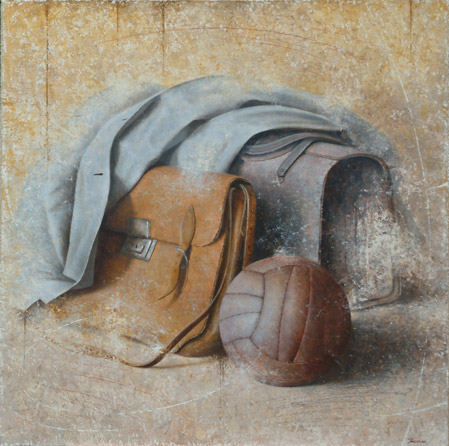 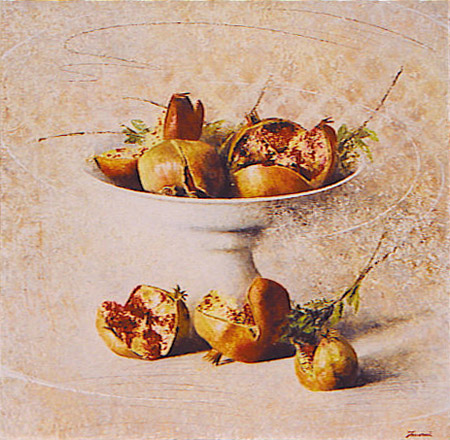 1995 is the year of his debut in America. Thanks to the Italian American painter Benini he manages to go to the States, where he focuses on works under commission of art collectors in Hot Springs (Arkansas). He also sets up a conspicuous number of exhibitions at the “Herr Chambliss Fine Art Gallery” in Shreveport (Louisiana), at the “Casa d’Arte Gallery” (1997). In 1998 he attends the “Europ’Art” fair in Geneva, in the same year he organizes an exhibition at the “Arte Renaca” gallery in Viña del Mar (Chile). In 2003, after various Italian exhibitions, he’s invited as an exhibitor (together with other 6 Italian artists) at the “Grace Museum” in Abilene (Texas). He organizes a display at the “Leonard Fine Art Gallery” in Hot Springs (Arkansas) as well, where he’s honored as Ambassador of Arkansas. He also takes part to the event at the “D’Haundrecy Gallery” in Knokke, Belgium. In 1999 he’s back in Hot Springs at the “Talbot Engman Gallery” and in Shreveport, at the Casa d’Arte Gallery”; he also attends the “Nuevo Grial” Gallery in Madrid. He then sets up an exhibition in 2001 at the “La Cima Club Gallery” in Irvine (Texas) and in Raleigh (North Carolina) at the “Fabio’s” gallery. He then takes part to an important ceremony on the behalf of the Poggio a Caiano – Charlottesville twinning. The event started at the “Scuderie Medicee” in Poggio a Caiano and ended in 2002 at the “McGuffrey Art Center” in Charlottesville (Virginia}. His experience in America goes on, working at the “Exotic Fine Art Gallery” in San Francisco and at the Benini Foundation in Johnson City (Texas).

The year 2004 was the turning point. His artistic experimentation ranges now from landscapes and still lives to the newly experimented hyperrealism, still being coherent to his own style. Melancholy is now a central theme, gaining more and more importance in his artistic progress. His works become more expressive. The aim of his works is to reawaken every viewer’s emotion, who can find his own interior meaning in the painting. The silence of this paintings conveyed by their fragility can be also related to the human fragility, to the society seldom finding itself in a childish world, a society that needs a bit of chaos to experience naivety again. Last but not least, another central theme is the exorcism of paper, a very common material to us, represented here as worn-out,  abandoned, decayed and hardened by time, as a symbol of the human being, abandoning himself adrift.

In 2005 Inverni takes part to an exhibition at the Santa Margerita Ligure Castle (Italy). In 2006 he’s invited at the “3rd National Biennale of Sacred Contemporary Art” in Pistoia (Italy), under the supervision of the art critic Giampaolo Trotta and takes part for the first time at the “Art Verona” fair in Verona (Italy). In 2007 he sets up an exhibition at Boca Raton (Florida), in collaboration with the MOdenarte Gallery. From 2007 to 2010 he attends various Italian and foreign fairs: Macef (Milan), Fiera Arte Padova (Padova), Art Verona (Verona), N.Y. expo (New York), Düsseldorf Fair (Germany) and many other important Italian events such as: Monreale Contemporary Art Museum (Palermo), La Rocca di Cento (Ferrara), L.U.C.C.A Contemporary Art Museum (Lucca),  il Cassero Medievale (Prato); in 2010 he starts a year-lasting project called “Terzo Rinascimento” (Third Renaissance), in collaboration with the Famiglia Margini gallery. This project gives Inverni the opportunity to display his works, toghether with other artists, in public halls and palaces, such as the Palazzo Ducale in Urbino and the Galleria Civica d’Arte Contemporanea in Aci Castello (Catania, Italy), before being concluded in Milan, at the HQ of the gallery that organized the event. In 2010 he’s part of a selection with the aim of an “itinerant” public collective exhibition, called “50 Pittori 50 Cantanti” (50 Painters 50 Singers). The exhibition took place at the Palagio di parte Guelfa Palace in Florence and at the Cardi Palace in Cortona (Arezzo) and was concluded in 2011. In the same years he’s chosen, together with other Italian artists, to partecipate at the 54th Biennale of Venice, which ended at the Palazzo delle Esposizioni in Turin. In 2013, as a celebration of his twenty-year career, he’s invited to display his works in Hot Springs, where his American career first started. In the same year he’s also in San Francisco, taking part to collective exhibitions in various galleries.  In 2015 he’s part of the collective display “Vitamine” (Archivio Carlo Palli), launched in Florence at the Novecento Museum (Polistampa edition catalog). His works make their way to important public and private collections. 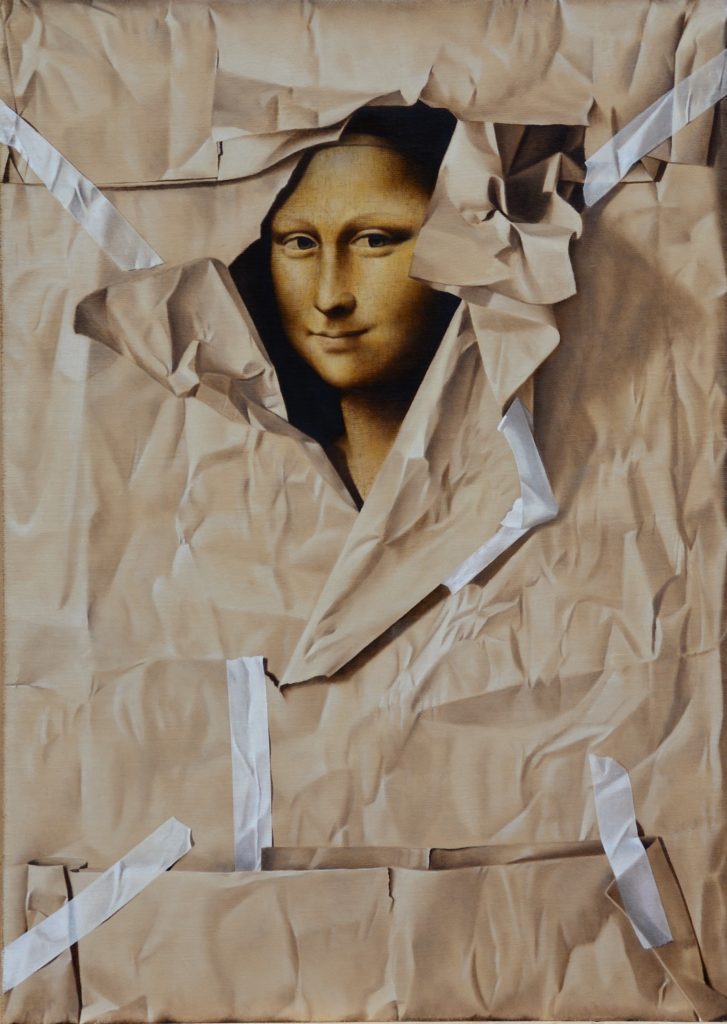 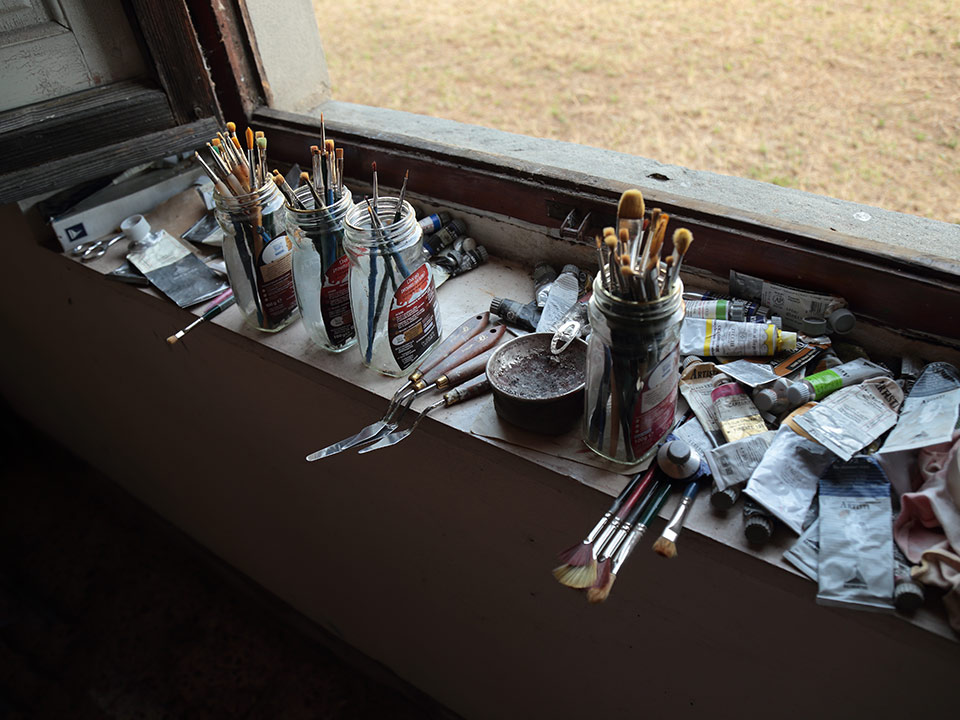 “The studio was filled with the rich odour of roses […] producing a kind of momentary Japanese effect, and making him think of those painters of Tokyo […] In the center of the room […] clamped to an upright easel […] was sitting the artist […]”
Oscar Wilde “The portrait of Dorian Gray”

This website uses cookies to improve your experience while you navigate through the website. Out of these, the cookies that are categorized as necessary are stored on your browser as they are essential for the working of basic functionalities of the website. We also use third-party cookies that help us analyze and understand how you use this website. These cookies will be stored in your browser only with your consent. You also have the option to opt-out of these cookies. But opting out of some of these cookies may affect your browsing experience.
Necessary Sempre abilitato

Any cookies that may not be particularly necessary for the website to function and is used specifically to collect user personal data via analytics, ads, other embedded contents are termed as non-necessary cookies. It is mandatory to procure user consent prior to running these cookies on your website.